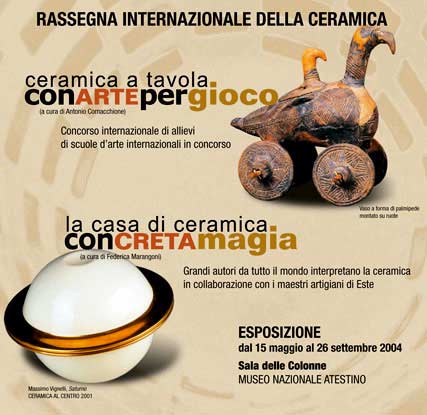 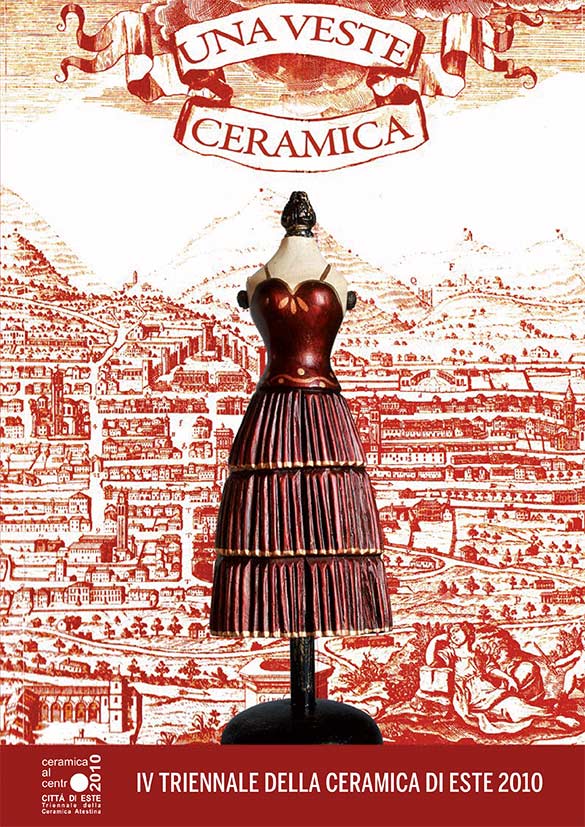 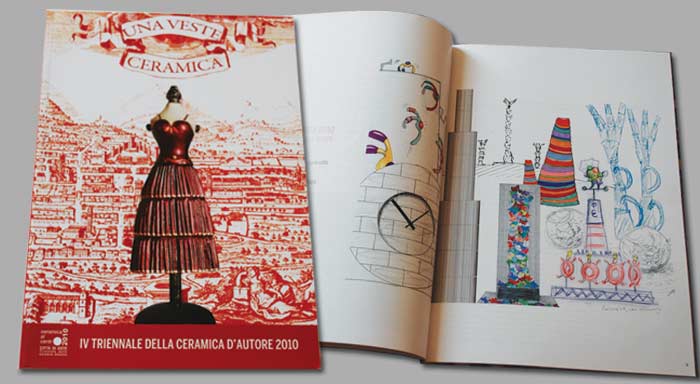 “Ceramica magnifica: Vitality of a Eritage” at the Westchester Italian Cultural Centre, USA.

4th edition “Una veste ceramica: a ceramic wear”, special projects to be developed as public artworks for the town of Este territory and financed by private sponsors. The 5 Catalogues of those exhibitions are made by Fedra Studio Design-Venice.

“Ceramica magnifica: Vitality of an Eritage” moves at 7W 34st 5th Avenue, the building for design and house furnishing, USA.

Appointed by the town of Este – Padua Italy – she conceives and curates the triennial exhibition “Ceramica al centro” (Ceramic at the centre) for the survival of the great ceramic tradition of the territory. First edition 2001 “Con Creta Magia – The ceramic home”.

She conceives and curates “Livitalian”, New York, creating the trademark and logotype, editing the catalogue on behalf of Verona Fiere International.

Curator for “Luoghi per Riti Privati” (Places for Private Rites).

Curator for “Dal patio: i luoghi fragili dell’illusione” (From the Patio: the fragile places of Illusion).

Marangoni curates with Ugo la Pietra, the setting up of “Ciao Italia”, exhibition hosting 9 members of A.D.I. in the Seibu department stores, Tokyo.

Marangoni coordinates the organization and setting up of two exhibitions in Palazzo Grassi, Venice: “Venerezia-Rivenice”, curated by Pierre Restany, and “The Art of performance”, curated by G. Glusberg and A. Churchill, on behalf of NYU, Dept. of Arts and Art Education and I.C.A.S.A.